Devileye, the only horse to enter the race with two wins, made it three with a late-running victory.  His two previous races had both been impressive, displaying maturity behind the average two-year-old.  His breeding had precedent for success, too, as his half-sister is a multiple stakes winner.

And, unrelated to his racing prowess, he also behaves impeccably when ridiculous human beings try to take selfies with him. 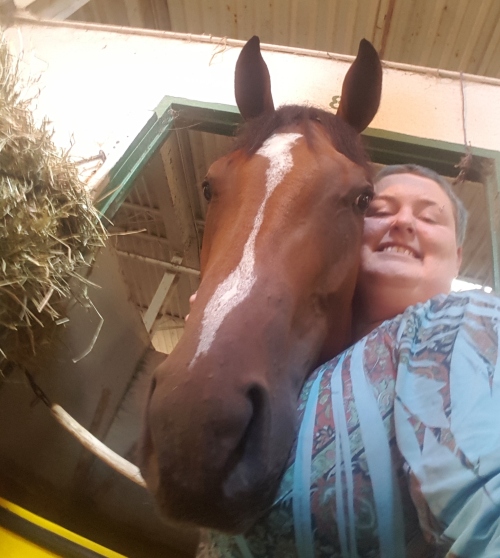 Head over to Picks and Ponderings, catch up on Devileye’s win in the Jim Edgar Illinois Futurity, and see what he might be up to next!